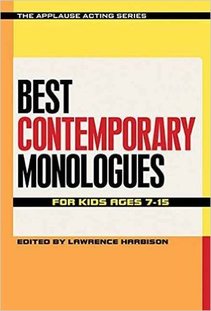 I don't need therapy!  I don't need to be here.  I'm not insane, I'm Linsane.  As in I've got "a condition" called Linsanity!  And anyone in their right mind who has seen point guard Jeremy Lin do his thing  on the basketball court would have it too!

That's what my mom and sister don't get.  That's why they wanted me to come talk to you.  But I don't need to be here.  I'm only here because my mom caught me talking about Jeremy Lin at my father's wake.

I never would have said anything, but out of the blue my cousin Arnie is like, "Jeremy Lin's a passing fad."   If my dad had heard that, he'd have jumped out of that coffin and whooped Arnie.  I actually looked over at dad, lying there in our living room, wearin' his sunday best, I half expected to see him get up.

Of course he didn't, so I had to tell Arnie myself how Lin's got this low dribble that throws the defense, how his pick and rolls and combinations driving to the net are sick.  Arnie tells me, the only reason he's getting any attention is because he's like one of the first few Asians in basketball.  Oh boy, I thought.  Dad would have kicked Arnie out of the house by now.  But I didn't, I just got into I guess a slightly ah heated debate with him where I like, dared him to a game of air basketball in the mud room.

That's around the time some of the relatives said it seemed insensitive of me to go and play air basketball in the mud room with everyone else trying to mourn and pay their respects and honestly I don't even care.  It was my dad.   I'm the most relative to the situation if you know what I mean.

So then for the next two weeks Lin just continued to kick major ass and I couldn't pull myself away to do all these family activities.  Lin was on fire and you know- My dad would have been pumped.  Mom had this dinner in honor of him and I ... I said I felt sick so I could stay home and watch the game.   Dad would never have gone to some dinner with this game going on.

So I guess that's why I ... I just don't want to stop talking about basketball you know?  To be honest, as long as I'm shootin' air hoops in the mud room and cuttin' up with Arnie, and watching the games like a religion ... it doesn't even feel like he's gone.  That's what they all can't understand.  I'm not insensitive ... I'm ...

They all want to be sad he's gone, see?  But he's not.  I'm with him, I'm keeping him with me.  So ... if they sent me here so I'd stop well ... I'm not going to stop talking about or watching basketball.  They think I need this ... talk therapy, but I already got it you know.


Scroll down to view a performance of "Basketball Therapy."
More Monologues for Young Men: