Monologues for women | "Space is Nicer than Here" by Gabriel Davis 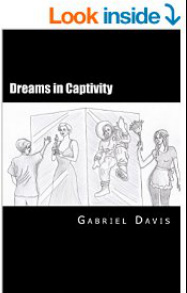 (Reina and Barry have been having some marital tension lately; ever since she enrolled for a class about space at community college.  In this scene, she cuts their intimate time together short to do some homework, using "the clapper" to get the lights on quickly.  Barry does not understand her new found dreams of space and is a little jealous of her obvious infatuation with her professor, Robert)

I have to finish my homework.  That’s it, Barry.  I’m turning on the light.
(Reina claps twice.  The lights come on)
Ah, that's better.  Yes, I was planning to “run off to do my homework.”  Why can’t you fold your own laundry?  No, I don’t want you to go to work with a crumpled shirt tomorrow.  Fine.
(Reluctantly, Reina begins folding)
You don’t see what the big deal is?  Just because it’s a life-long learning class at a community college and there’s no grade doesn’t make it any less important. It’s broadening me.  Why can’t you understand? What I’m learning – it’s important – to, like, all mankind.

The class is not called “Pigs in Space” or “Cities in Space.”   It’s called “Cities Among the Stars.”  Well it’s not “a fruity class.”  It’s an incredible class.  My teacher, Robert, is brilliant.  Well, everyone is on a first name basis with him.  We all call him Robert.

Robert says cities among the stars are mankind’s best chance at survival.  He says we’re the first species on the planet smart enough to escape extinction, but we probably aren’t mature enough to use our brains to do it.

(She begins hanging his shirts.  Several are already haphazardly folded.  She picks these up and will hang them as well during the following).

Robert says that we only have limited resources to do it though, and that we’re using them up on stupid things instead.  Like weapons of mass –

No, I cannot “go and get you some pretzels”!!

See, you’re part of the problem.  All you wanna do is sit on your ass and watch TV, these stupid reruns, and eat pretzels.

So anyway, he gave the class this homework. That we should think about how we could each help the cause.  And I’ve thought about it and I’ve decided…

(overly loud)  I would like to become an astronaut!

This monologue is from the play Dreams in Captivity, available in print and digital editions.

​Get Stage Agent's guide to the play here.