Monologue Books: why use them and how to pick good ones

Monologue books and anthologies are an excellent way to go when researching potential monologues to use in competition and audition. They enable you to quickly peruse a large number of monologues written by a diverse set of playwrights. With that said, take care when selecting monologue collections.

When looking for monologue books, be sure to: In so doing, you ensures a baseline level of quality in the material that you are going to invest your time to review.

Once you have identified some monologues within a collection that you believe may work for you, be sure to read the full play the monologue is from where applicable. As a general rule, though stand alone monologues have their merit, if you can find monologues that are from a a play you will have more context to prepare as an actor.

The 7 monologue books recommended here, and featuring monologues by playwright Gabriel Davis, were edited by the following theatre professionals:


The monologue anthologies that include Gabriel Davis' monologues were produced by the following publishers:
​ 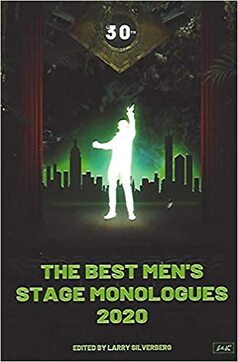 This is Smith & Kraus' 30th Anniversary edition of select monologues for men for a range of ages from 12 to over 70. The age of the character is indicated in each monologue, but you will find that many may be done by actors of different ages. Some are comic, some dramatic. Some are rather short, some rather long. All represent the best in contemporary playwriting. 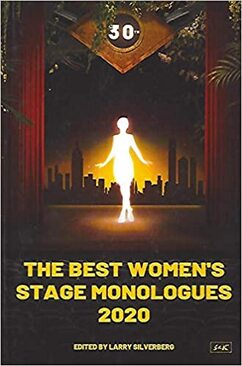 This is Smith & Kraus' 30th Anniversary edition of an exciting collection of monologues for women, most of which are from plays for ages 13 to 70+ and some ageless too! The age of the character is indicated in each monologue. All represent the best in contemporary playwriting.

This is Smith & Kraus' big book of humorous monologues. If you are auditioning for a comedic play and need an anthology to quickly find funny material, this is a great resource. 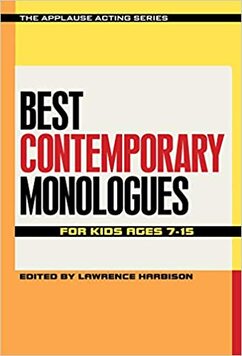 This monologue collection features 75 monologues for children and teens from all genres of theatre. Best Contemporary Monologues for Kids Ages 7-15 features monologues by Gabriel Davis including Unchatty Cathy from Davis' play 3-Short: A Trio of Plays.

This is Applause Acting Series collection of children's monologues. Inside these pages, aspiring young performers will find 75 challenging monologues just right for kids. All of the pieces are about subjects appropriate for production in schools much of it "serious and challenging" which will interest child performers without offending administrators, teachers, or parents. Some are comical, some are dramatic, and some are seriocomic (a little bit of both). Most of the monologues are from plays, and some are original pieces written especially for this book. Despite the listed age of each character, these monologue can all be performed by kids of any age. The collection features wonderful monologues by some of our finest playwrights, such as Don Nigro, Cassandra Lewis, Reina Hardy, Kayla Cagan, Jenny Lyn Bader, Eric Coble, Glenn Alterman, Constance Congdon, and Barbara Dana. It also highlights exciting up-and-comers, such as Sharon Goldner, Gabriel David, Deanna Alisa Ableser, Martha Patterson, Daniel Guyton, David Eliet, Connie Schindewolf, Mark Lambeck, and Phoebe Farmer. This monologue collection LAMDA Acting Anthology Volume 4 is a strong resource for children and young adults looking for a range of audition material and features monologues by Gabriel Davis including Almost 16.

This anthology presents the set selection of solo and duologue scenes for learners entering LAMDA graded exams in Performance: Acting (from 1 August 2019) at Levels One and Two.

With a foreword by Harriet Walter, a former LAMDA graduate, the collection includes solo and duologue scenes from published plays and novels as well as scenes which have been specifically written for this anthology.

Each scene is accompanied by a brief outline of the setting in which the characters find themselves, before they start to speak. Solo and duologues scenes have been carefully selected to vary in tone and style, allowing learners the opportunity to practice different techniques, with a breadth of characters and stories to explore beyond the pages of this anthology. 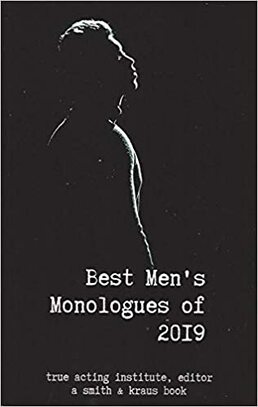 This monologue collection Best Men's Monologues of 2019 is a strong resource for men seeking a range of audition material and features monologues by Gabriel Davis including 26 Year Old Bar Mitzvah Boy from Davis' play Goodbye Charles.

"​Welcome to our new book of monologues for men, chosen for you by the team at True Acting Institute. We had thousands of submissions. The monologues that have been chosen are presented here in the book along with details about the playwrights." 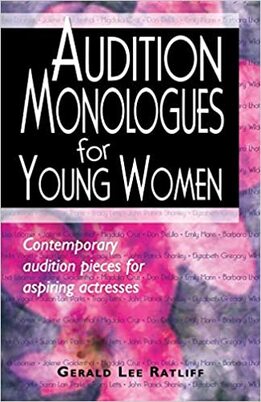 A collection of the world'’s best monologues for women actors featuring well-known playwrights and emerging new writers. The selections are for actresses fifteen to thirty years of age. They are suitable for competitive auditions, acting exercises, forensics, or class and studio work.

​Playwrights include Pulitzer Prize winners Paula Vogel, Suzan-Lori Parks, Tracy Letts, John Patrick Shanley, and others. A valuable resource for any auditioning female actor or theatre student. Monologues are from: Doubt by John Patrick Shanley, Phat Girls by Debbie Lamedman, Waiting for Oprah by Mary Miller, The Baltimore Waltz by Paula Vogel, Coffee Klatsch by Dori Appel, Yellow Dishes by Jolene Goldenthal, Lives of the Great Waitresses by Nina Shengold, Love-Lies-Bleeding by Don DeLillo and many more.
Monologue Genie is a free resource created by Gabriel Davis to support those seeking audition material. Monologues on this site written by Gabriel Davis are royalty free for use in audition and competition; for other uses contact gabriel@alumni.cmu.edu. For monologues not written by Gabriel Davis that are recommended on this site royalties may apply so be sure to contact the relevant author or their agent for permission to use their work.

Monologue Genie is a participant in the Amazon Services LLC Associates Program, an affiliate advertising program designed to provide a way for websites to earn advertising revenues by advertising and linking to Amazon.com.